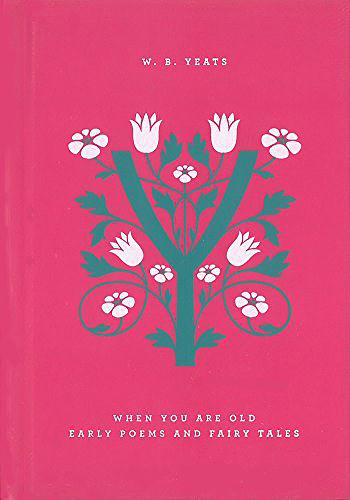 Y is for Yeats. A specially compiled edition for the Penguin Drop Caps series, When You Are Old will include the most accessible, best-known poems by W.B. Yeats from his early years that made the Nobel Prize winning writer and poet popular in his day. The volume will include all the major love poems written most notably for the brilliant yet elusive Irish revolutionary Maude Gonne. Recalling Yeats’s 1890s fascination in aestheticism and the arts and crafts movement, selections will draw from the first published versions of poems from works such as Crossways, The Rose, The Wind Among the Reeds, In the Seven Woods, The Green Helmet and Other Poems, Responsibilities, The Wild Swans at Coole, and Michael Robartes and the Dancer. A selection Irish myths and fairytales including “The Wanderings of Oisin,” a Celtic fable and his first major poem, represent his fascination with mysticism, spiritualism and the rich and imaginative heritage of his native land.